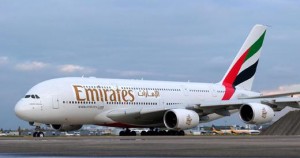 June 18th was the night of one of the most important celebrations in the aviation industry’s calendar and a chance for the best airlines in the world to find out exactly what the industry and their passengers really think of them – the annual World Airlines Awards organized by Skytrex. This year, the star-studded event was held at the Paris Air Show and it saw their guest presenter, CNN’s Richard Quest, hand out a variety of top awards among the 275 esteemed guests, awards which had been voted for by travelers in over 160 countries. The ceremony resulted in the compilation of the Top 10 airlines of 2013 and the results are as follows.

Qantas Airways just managed to retain their hold on the rankings this year as they had to settle at the bottom of the list in tenth place, just behind Turkish Airlines. This disappointing position is partly due to a new arrival at number eight in the shape of Garuda Indonesia, who is enjoying their first ever top ten ranking. Just ahead of Garuda Indonesia are Eithad Airways and a respectable sixth place has gone to Cathay Pacific Airways, an airline who also received the high honor of the World’s Best Cabin Staff award.

Moving into the much more coveted position of the top five we find Asiana Airlines in fifth place, just behind ANA All Nippon Airways in fourth. This position will be proudly received by those involved in this airline because it is an improvement on previous years and the ranking comes with two additional awards that highlight the progress that has been made there – World’s Best Airline for Airport Services and Best Aircraft Cabin Cleanliness. Taking the bronze medal for the second year running is Singapore Airlines, who, unsurprisingly, also received the trophy for Best Airline in Asia.

Next we come to the second place spot for 2013, and the airline coming so close but yet so far – Qatar Airways. This position will undoubtedly come as a shock to all those involved at the airline, particularly after a run of minor wins, because they have finally lost the crown that they were able to retain in 2012. It seems that even though they have the World’s Best Business Class cabin, the World’s Best Business Class Lounge and the Best Airline Staff Service in the Middle East, they were finally outclassed by a better airline.

The winner of World’s Best Airline 2013 is Emirates. Nobody can deny that it was a good night for Emirates; not only did they retain the award for Best Airline Inflight Entertainment for yet another year, they also managed to knock off their rival Qatar from the number one position and steal the award for Best Airline Middle East. President of Emirates Airline, Tim Clark, keenly expressed his opinion that the night was a proud one for the 60,000 workers at Emirates because the awards were “the industry’s benchmark for excellence” and he added that it signaled a “vote of confidence from global travelers”.

These airlines were not the only companies recognized that evening. In-between the rivalries, the top awards and the newcomers jostling for position between the major players, there were a number of additional awards given out that recognized the work of some other airlines that did not make the list. Russia’s Transaero Airlines showed themselves to be ones to watch with their award for World’s Most Improved Airline, Dragonair was named Best Regional Airline of 2013 while Thomson Airways flew the flag for the United Kingdom by receiving the honor of Best Leisure Airline. In the competition between the best value businesses, EasyJet were surpassed by Norwegian for the Best Low-Cost Airline in Europe award while AirAsia went one better to scoop the World title.