Some information about Malaysia, its states, cultures, places of interests and some fast facts.

Capital: Kangar. Bordered by the Thai province of Satun in the North, Perlis exudes quaint unspoilt beauty and old rustic charm. Expansive green padi plains, punctuated occasionally by limestone outcroppings, along with the laid-back village lifestyle make driving a refreshing and pleasant way to experience the offerings of this destination. Arau is the royal traditional capital of the Sultan.

The Rice Bowl of Malaysia

Capital: Alor Setar. Primarily agricultural, Kedah offers a pleasant rural landscape which can take on different hues depending on the season of the rice. It appears that much may lie hidden under the rolling plains of rice, for Kedah was once the cradle of an ancient civilisation, the threads of which are just beginning to emerge from small excavations of various historical sites found in the state.

The Pearl of the Orient

Capital: George Town. Established as the first British Trading post in Far East in 1776, Penang is a bustling metropolis reflecting a uniquely exotic blend of East and West. The Penang bridge one of the longest in Asia at 13.5 km, links the island to the mainland. Penang is a shopper’s paradise for goods old and new, at bargain prices. The island also boasts some of the best foods in the region.

Capital: Ipoh. Often referred to as ‘The Land of Grace’ for its laid back, timeless beauty, Perak is divided into nine districts. Eash district has its own characteristic beauty and history, and tourist attractions include old style Anglo-Malay and Chinese mansions, colonial buildings, ancient lime stone caves, temples and cool hill stations such as the Bukit Larut (Maxwell Hill) station.

Capital: Shah Alam. Selangor surrounds the capital city and is home to many city commuters who commute to neighbouring Petaling Jaya or KL. Selangor is home to the country’s most influential sultan. The Shah Alam mosque nicknamed The Blue Mosque for its blue aluminium dome covered in verses of the Quran, is Malaysia’s Largest mosque.

A delightful mix of cross cultural influences and traditions, Kuala Lumpur radiates and exciting, which will no doubt pique your interest throughout your stay. KL has a lively nightlife scene and a fascinating art and performance culture. Treat your tastebuds to KL’s extremely varied cuisine. KL is also a shopping haven, offering everything from street side trinkets to haute couture.

Capital: Seremban. Negeri Sembilan is well known for its Minangkabau influences, which are still evident in its unique architecture and matrilineal society. The Minangkabau people of Negeri Sembilan still practise the matrilineal social system know as the ‘adat perpatih’, where women are the head of the household, making the state the only one to adhere to such social norms.

Capital: Melaka. The city of Melaka is divided into the new and old sections. The older part of the city is fairly compact and has many historical and cultural attractions tucked into the nooks and crannies of its narrow streets. The new section is mostly built on land reclaimed from the sea. It consists of modern shopping centres and is a bustling food and entertainment district.

Get a free sim card to your next destination 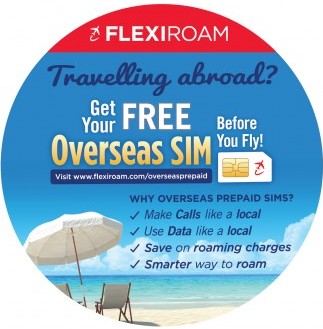 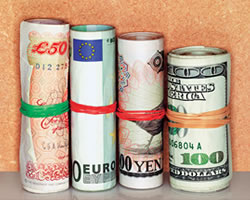