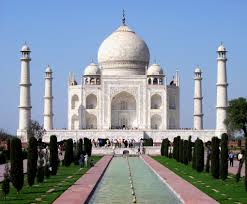 India the Land of Wonders, Taj Mahal – one of the Seven Wonders of the World surely the most extravagant _expression of love ever created. 20,000 men labored for over 17 years to build this memorial to Shah Jahan’s beloved wife (Mumtaz). Amber Fort; enjoy flawless beauty of the Fort Royally with an elephant ride. AMBER FORT PALACE – Amber is the classic romantic Rajasthani fort palace. Its construction was started by Man Singh I in 1592, and completed by his descendent Jai Singh I. Its forbidding exterior belies an inner paradise where a beautiful fusion of Mughal and Hindu styles finds its ultimate expression.

[tab:Itinerary]
DAY 01 ARRIVE DELHI
Welcome to India! On arrival, you will meet our representative & transfer to hotel. Where we will be holding the rooms on ready occupancy basis, after traditional welcome check in into hotel.
Overnight at Delhi.

DAY 03: DELHI-AGRA (205 KM – 4 HOURS APPROX)
After breakfast, depart by surface to Agra. Upon arrival check-in at the hotel.
After relaxation witness one of most beautiful among the Seven Wonders of the World: Taj Mahal,(Friday Closed) the architectural modern day wonder of the world; this monument is a fine example of the fusion of many architectural styles is one of the wonders of the modern world. Taj, endowed it with some of the loveliest buildings in the world.
Visit Agra Fort, designed and built by Akbar in 1565 A.D., built with barricaded wall of red sand stone; it houses the beautiful Pearl Mosque and numerous palaces including the Jahangir Mahal, Diwan-i-Khas, Diwan-i-Am, Macchhi Bhawan, Nagina Masjid, Meena Bazar, Moti Masjid, Sheesh Mahal, Musamman Burj where from Taj Mahal is visible in all its beauty from one side of the fort. Overnight at Agra.

DAY 04: AGRA – FATEHPUR SIKRI- JAIPUR (240 KMS – 5 HOURS APPROX)
After breakfast, depart by surface to the pink city of Jaipur, en route you will visit the Fatehpur Sikri, the deserted red sandstone city built by the Mughal Emperor Akbar. Upon arrival check in at the hotel.
Evening visit to Chokhi Dhani for dinner – an ethnic 5 star resort serving Rajasthani & Continental cuisine with live music, astrology, games, folk dances and music, puppet shows in an ambiance of an ethnic village. Overnight at Jaipur.

DAY 05: IN JAIPUR
After breakfast explore the Pink City with an excursion to Amber Fort, situated just outside the city, enjoy the experience of ride on elephant back to and from the top of the hill on which the fort is situated.Afternoon sightseeing tour of City Palace in the heart of Jaipur is known for its blend of Rajasthani and Mughal architecture. Not far away is the Central Museum. Jantar Mantar is the largest of the five observatories built by Sawai Jai Singh. The Hawa Mahal or the Palace of Winds was constructed for the royal ladies to watch the royal processions without being seen, all monuments are located in the vicinity of City Palace Complex of Jaipur. Overnight at Jaipur

DAY 06: DELHI DEPART
After breakfast, depart by surface to Delhi. Upon arrival transfer to Delhi airport to board flight for onward destination.
END OF THE TOUR
CHECK-IN/OUT TIME AT THE HOTELS IS 1200 NOON